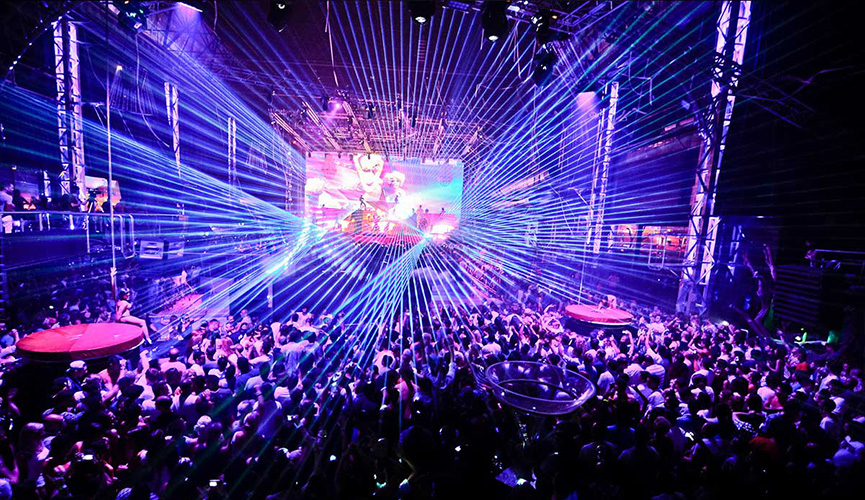 The one, the only, legendary king of Magaluf nightclubs

BCM Magaluf, also called BCM Planet Dance, is the largest nightclub in Mallorca and one of the largest in Europe.

It has a whopping capacity of over 4000 people and has been the heartbeat of Magaluf since the 1980’s.

BCM was recently voted the tenth most popular club in the world according to DJ Mag 2017 Top 100 poll.

This is an incredible achievement for a club that has remained at the top of Magaluf nightlife for so long now and the reason it’s in our list of best Majorca Clubs to visit.

The venue is split up into two areas, the main club and Millenium club below the main floor.

The club is surrounded by the main party hotels, BH Mallorca, Samos, Katmandu Park and of course the BCM hotel.

It stands like a huge monument to the party scene of Mallorca and you can see it from miles away.

BCM Magaluf hosts the biggest DJ’s on the planet with household names such as Avicii, David Guetta & Calvin Harris to name just a few.

The resident DJ’s Danny Howard from Radio One, Des Mitchell and Gordon Phillips provide the best tunes year after year, giving BCM the reputation it has earned worldwide.

The nightclub not only has the venue but run their own booze cruise as well.

If that wasn’t enough they’ve recently opened a new hotel just a stones throw away from the nightclub.

BCM Planet Dance tickets don’t just include entrance, they also include a variety of free gift’s and an unlimited free bar for the duration of your stay.

BCM Mallorca is the biggest draw for a lot of holidaymakers visiting Magaluf every summer. The club is an experience you just have to enjoy at least once while you’re here. If you only visit one nightclub while you’re here in Magaluf, it has to be this one!

This is part of the main club but is more party orientated in theme and music style.

Millennium is where all the wildest and craziest parties take place. It gets wild in here!

Some of the craziest most innovative parties Magaluf has to offer are held in this club including the world famous washing machine party with over 10,000 gallons of water and foam bubbling across the floor, Millennium offers the ultimate fun house vibe for everyone who visits the excellent establishment.

There’s also an area in the club called Millenium Beach where BCM gives away some fabulous gifts completely free if you purchase your ticket before a certain time in the evening. This can include: BCM beach towel, bags, hats and caps!

Like the main Planet Dance club all tickets for Millenium come complete with a free drinks whilst in the nightclub.

This is a club not to be missed on your visit to Magaluf, check out the best house music on the island provided by BCM’s DJ’s and see some of the spectacular parties the club has to offer.

BCM Millenium is quite simply a fantastic night for Magaluf partygoers to make their home and party until the sun comes up. C’mon, lets get going, its time for a full on party!

Where Is BCM Magaluf in Mallorca?

BCM is opposite KFC in Magaluf. You really can’t miss it as its a huge nightclub with massive steps leading up to the doors. If you can’t find it, you’re definitely drunk! 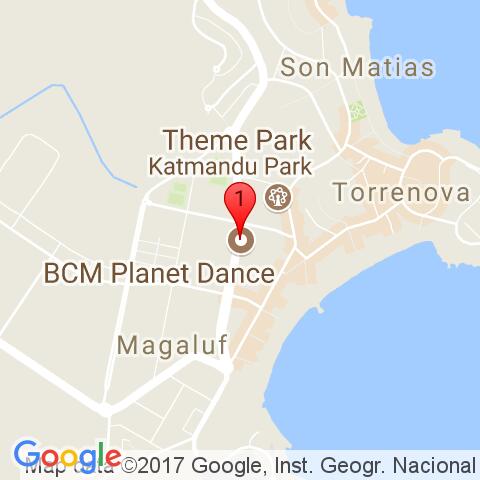 BCM Magaluf
Saturday, April 1, 2017
★★★★☆
“ Really really huge. Like so big you will definitely lose your mates in it if you're not tied to them so watch out! The laser show was something else and the free bar does the trick.”
- Ceris

BCM Magaluf
Tuesday, April 4, 2017
★★★★★
“ Amazing club, everything about it is so cool. We got to go in the VIP area and chilled with some celebs so we felt really special!”
- Shaz

BCM Magaluf
Monday, April 10, 2017
★★★★★
“ This is the best club on the island no question. Went to see Danny Howard play and he took the roof off the place. Magaluf gets a lot of stick for being cheesy but there's nothing cheesy about BCM, it's pure class.”
- Jane